Joomla is a free and open source content management system (CMS) designed to assist users in building websites and other online applications. The name Joomla, which was chosen from thousands of community suggestions, is a phonetic spelling for the Swahili word “Jumla,” which means “all together” or “as a whole“. The Joomla logo is made up of four “J’s” rotated and linked together that represent the community coming together as one.

The ecosystem of Joomla developers and users provide products and services to the Joomla community which has more than one-half million members and more than 20,000 developers. Joomla’s main open source CMS competitors include WordPress and Drupal.

What Can Be Done with Joomla Software? 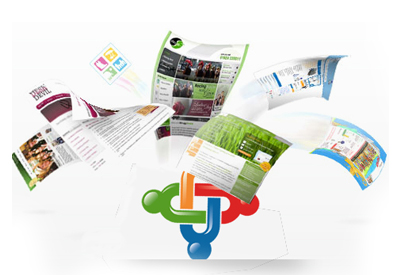 Joomla hits the sweet spot because it provides enough functionality to power web sites of all shapes and sizes. The platform is considered to be a popular choice for many types of websites, including:

A brief history of Joomla

In 2001 an Australian company developed a CMS named Mambo, which quickly garnered a lot of community support and enthusiasm in a short period of time. But in 2005, after a conflict of interest related to the type of license of Mambo, the first version of Joomla 1.0 was released.  Joomla received a new API and started to gain popularity, becoming a truly international CMS. It grew leaps and bounds in areas like usability, extensibility, and template control—where it was already superior to other options. The first Joomla version was primarily a rebranding with a few bug fixes, but 14 updates and numerous open source awards followed over the next two years.

Which Version of Joomla! Should You Choose?

If creating a website is on the horizon, you have two options to choose from: version 2.5 (long term release) or version 3.2 (short term release). Despite the fact that there are many differences between these two versions – your choice should be based on one simple question: what features do you want on your website?

Taking all the aforementioned into account, Joomla has proved itself as one of the most recommended solutions for creating something that looks good and works well.

So, no more worries and hesitations! Take your web project a step forward towards success right now.