We now live in increasingly global world, so the people who do business need to keep pace with the times. In our tech-oriented world, where website need to be built faster and easier – many people turn to CMSs to get the job done. This post aims to explore what are the primary CMS tools that web designers and developers are using in different geographies.

Perhaps not surprisingly, the data shows that well-known “Big 3” CMS solutions (WordPress,  Joomla! and Drupal) are dominant across the landscape and paint their colors across a majority of the globe, with WordPress being the dominant system in many countries.

Because its really hard to collect enough data concerning this topic – we’ve decided to demonstrate the geographic popularity of CMSs turning to Google Trends.

Due to the fact that WordPress powers over 60 million websites all around the globe, big chances are that website owners in almost all countries all around the world (with an active Internet population) might be using WordPress to power their websites. 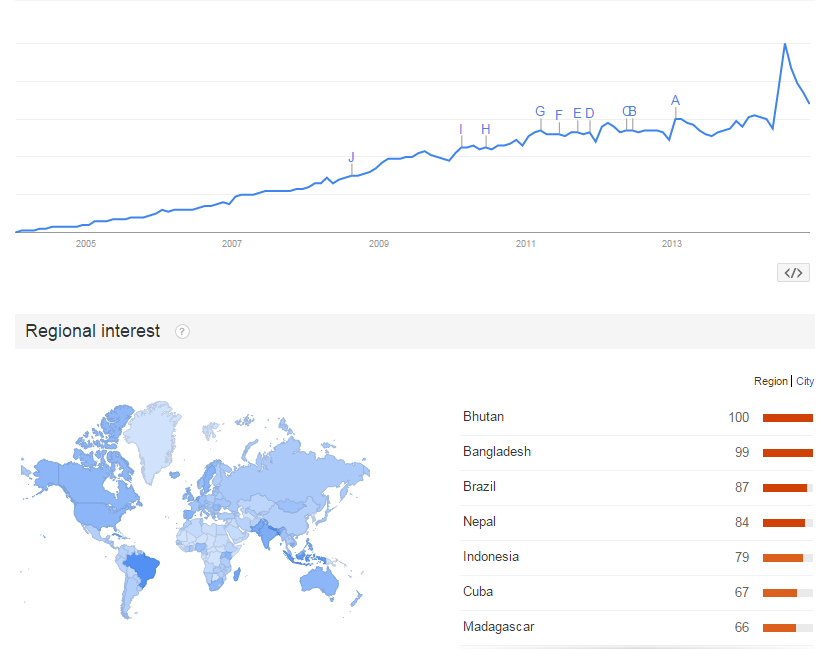 As we see at the image, WordPress is most actively searched for in American continents, Europe, Asia and Australia. In the African countries WordPress turns out to be not very popular. USA and Canada tops the list from American continents, where Brazil has the top activity from Latin America. In terms of European countries – Spain, United Kingdom and Germany top the list. When it comes to Asian continent, WordPress is the most widely-used in India, Indonesia and Pakistan. One more thing to be mentioned here is that Chinese people has very low interest in WordPress. 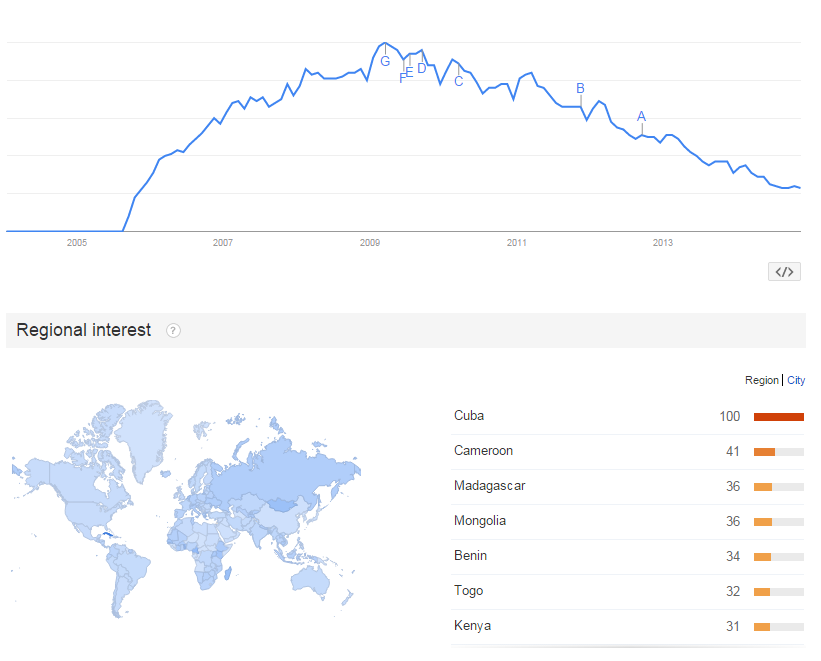 Almost 25 million websites out of the top million are powered by Joomla, that is approximately 10% of the market share. More than 2,800 government websites from 204 countries all over the world use Joomla to set their web projects on. As one of the most popular and talked-about CMSc, the platform dominates the web market in Africa, Asia and many European countries. To be specific, Joomla enjoys its fame in in African countries (for instance, Kenya, Ethiopia, Cameroon, etc.), several countries in Central and South America (such as Cuba and Venezuela), lots of countries in Europe (Poland, Greece, Bosnia) and some countries in Asia (Mongolia, Russia).

Together with WordPress and Joomla, Drupal is one of the famous “Big 3” CMS. The software is actively searched for and installed in a handful of Asian and European countries (most notably Belarus, Jordan, Honduras and Namibia). 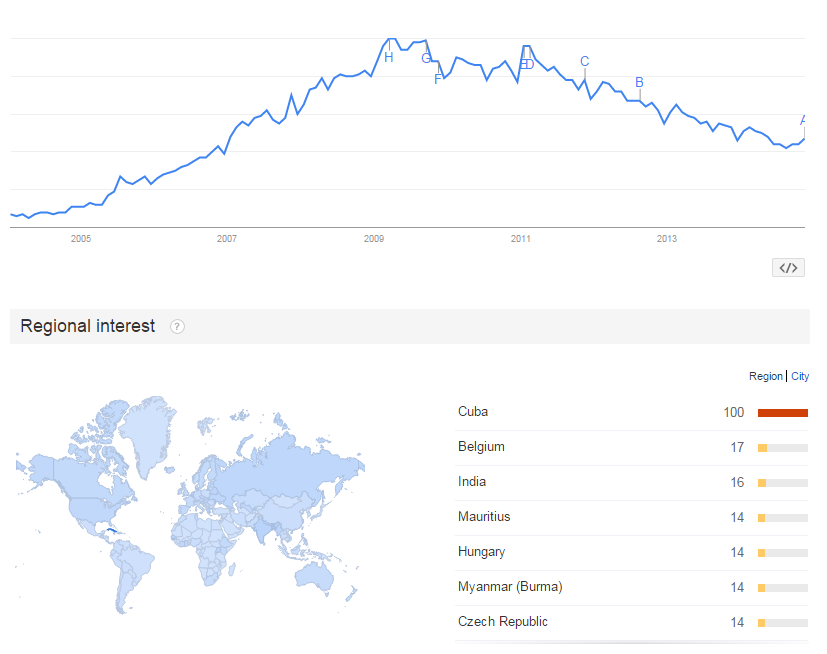 While the “Big 3” CMS are very well-represented around the globe, it’s interesting to see what other CMS solutions take their respectful place at the market and in what exactly countries. Specifically, vBulletin turns out to be popular in Arabic speaking countries, with Viet Nam to be #1. DataLife Engine has strong interest in Kazakhstan and Uzbekistan.

P.S. Willing to put your web project a step forward towards success? Make use of aisite automated migration service and migrate to WordPress, Joomla or Drupal without shelling out for a developer.